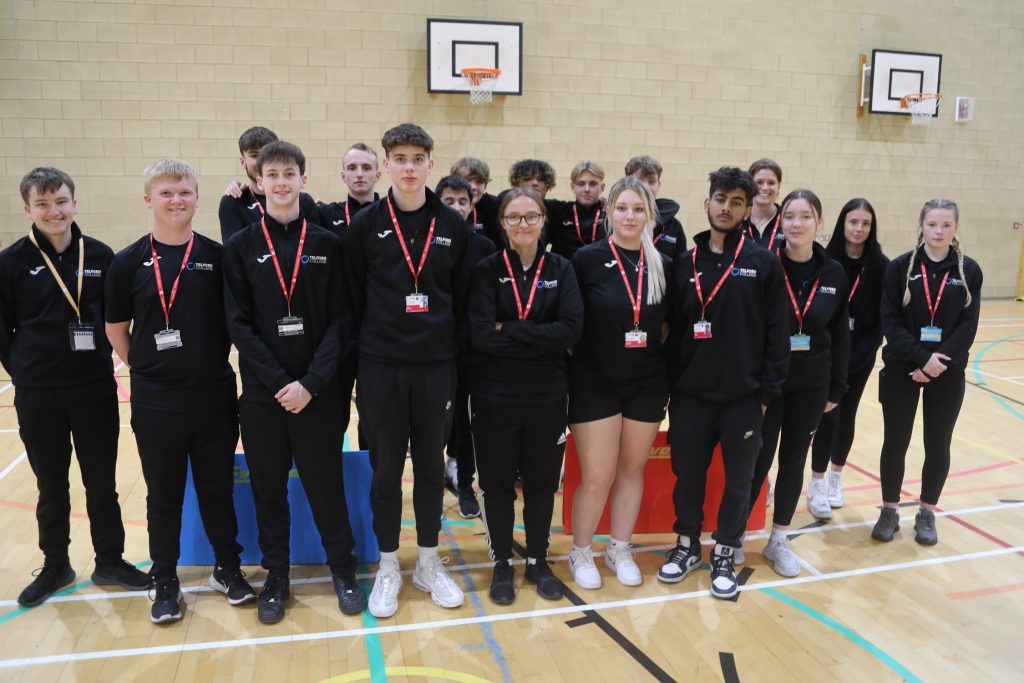 More than 70 school teams from across the borough descended on Telford College to take part in a three-day sportshall athletics competition. England’s Euro 2022 victory will be a ‘game-changer’ for young women looking to launch a career in football, according to our sports course leader Melanie Newbrook Telford College is roaring on England’s Lionesses as they seek European footballing glory. Promoting girls’ and women’s football has long been a key mission at Telford College – and the success of the national team in the Euro 2022 competition is taking interest in the game to new levels . When England star Jill Scott […]

Sports student Beau is an inspiration to others An inspirational Telford College student who has transformed his own life says he is now determined to help others do the same.   Beau Williams, from Malinslee, was unhappy with his weight during his time at Telford Langley School. When he reached his heaviest – weighing just over 20 stone – he made a promise […] A Telford College sports student has secured a leisure supervisor’s role at a local hotel – and thanked tutors for putting her ‘on the right path’ to achieve her career dreams. Ruby Weston has been working at Telford Golf & Spa Hotel for three years alongside her college studies, spending two years as a waitress […]

Bethany graduates with distinction from ‘fun and eye-opening’ studies A sport-loving student is on the road to a coaching career after graduating from Telford College with top honours. Bethany Lane, from Donnington, achieved three distinction stars in her level three extended diploma in sport. The former student of Burton Borough School in Newport is now off to the University of Worcester to study sports […]

What a result – celebrations for Telford College sport students Telford College students have praised the ‘incredible’ opportunities they have been given to prepare them for a career in the sport and leisure industry after graduating with flying colours. The college’s sport students recorded a string of distinction star and distinction grades this year, among an overall pass rate of nearly 95%. Chloe Venables, 18, […]