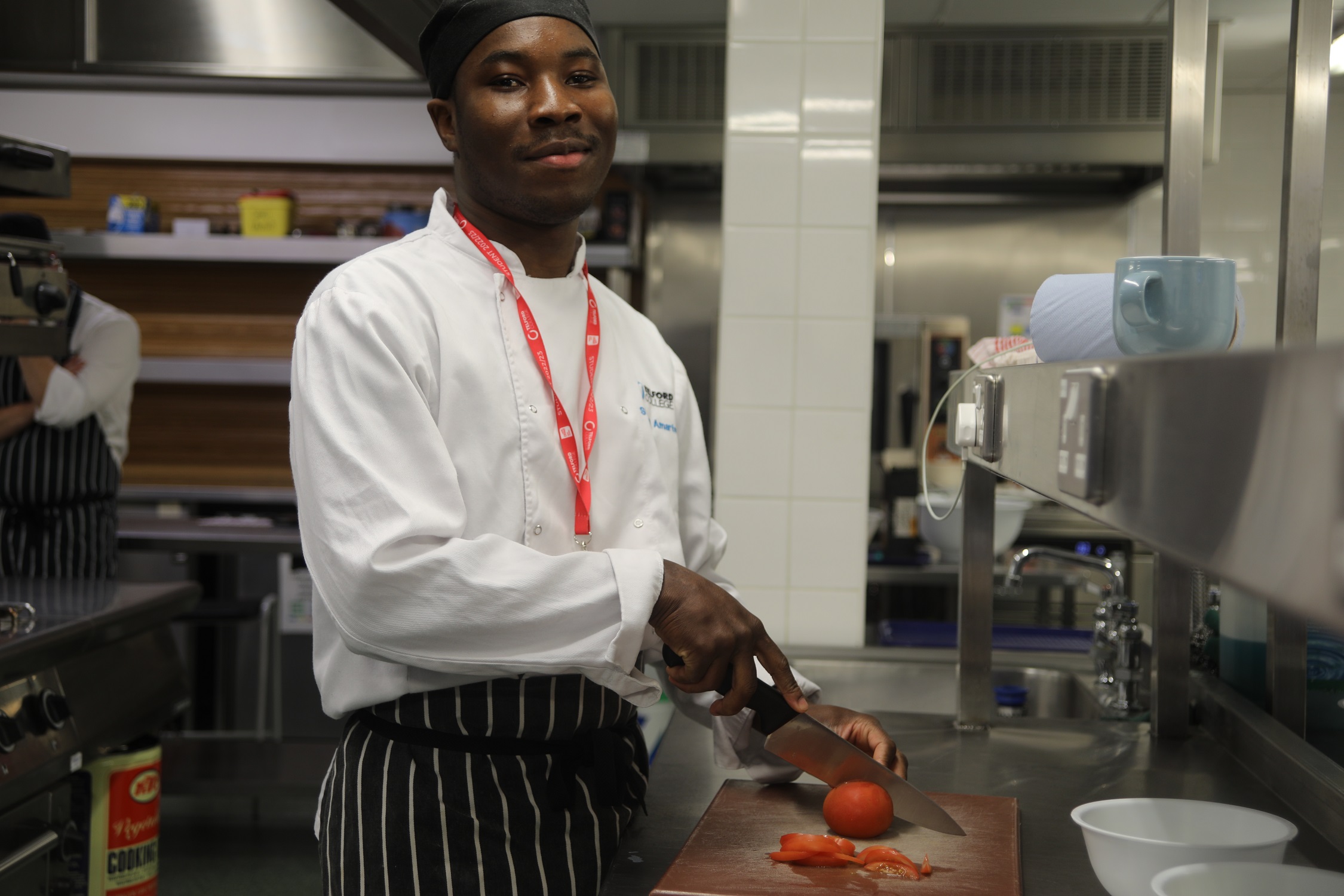 Black History Month is celebrated across the UK in October. It’s a way for us to honour people from African and Caribbean backgrounds who have been a massive part of British history for centuries.  Here at Telford College, we have been showcasing the exceptional hard work our students put into their courses, and their extracurricular abilities. We asked learner managers across the entire curriculum to nominate students who stood out to them:

Stephen Amartey, a level 3 catering student, was nominated for his continuous good attitude towards his studies. Rob Lee, chef lecturer, said: “Beginning his third year at Telford College, Stephen always strives for perfection in the kitchen and works hard to achieve this.

“He works in an organised and professional manner and has already gained a Merit in a cooking exam this year. He has supported the catering and hospitality department by providing a Jamaican Patty recipe to help celebrate Black History Month.

“He cooks them outside of college alongside members of his church. The patties went down a storm with other students and we plan to make them with other groups throughout the year.”

Stephen told us: “I’m 20 years old and have lived in Telford all my life. I love cooking and aspire to be a top chef in my own restaurant one day, potentially outside of Telford. My favourite part of the catering course is the practical element, and I’ve enjoyed cooking every dish so far.” 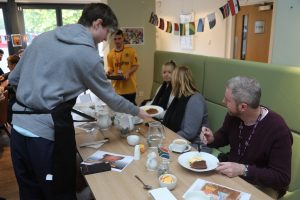 In level 3 health and social care, Stella Owusu and Iman Abubakari were nominated for their constant willingness to get involved and take part in college activities. Although they both moved from Ghana three years ago at the age of 17, they didn’t know each other until becoming course mates.

They’ve become such good friends that they’ve even applied to the same universities to study slightly different courses.

Stella Owusu said: “I have hopes of going into adult nursing. My great aunt was a midwife and wanted me to follow in her footsteps, but I’d prefer to go into general adult nursing.” 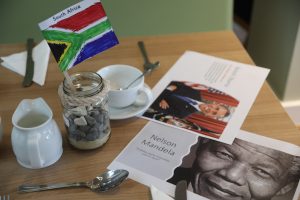 Iman Abubakari told us: “I’ve wanted to be a nurse since I was little, and I aspire to be a mental health nurse one day. We’ve both applied for the University of Leicester, De Montfort University and the University of Lancaster and hope to go to the same one and remain friends.”

Over in the foundation department, students opened the on-campus restaurant, The Orange Tree, to serve an authentic Caribbean lunch to staff and peers. They prepared and cooked a selection of courses including jerk chicken for mains and ginger cake with cream for dessert.

Tables were decorated with posters containing information about famous black people throughout the years for those who were dining to read while they waited, and traditional Caribbean music was played in the background.