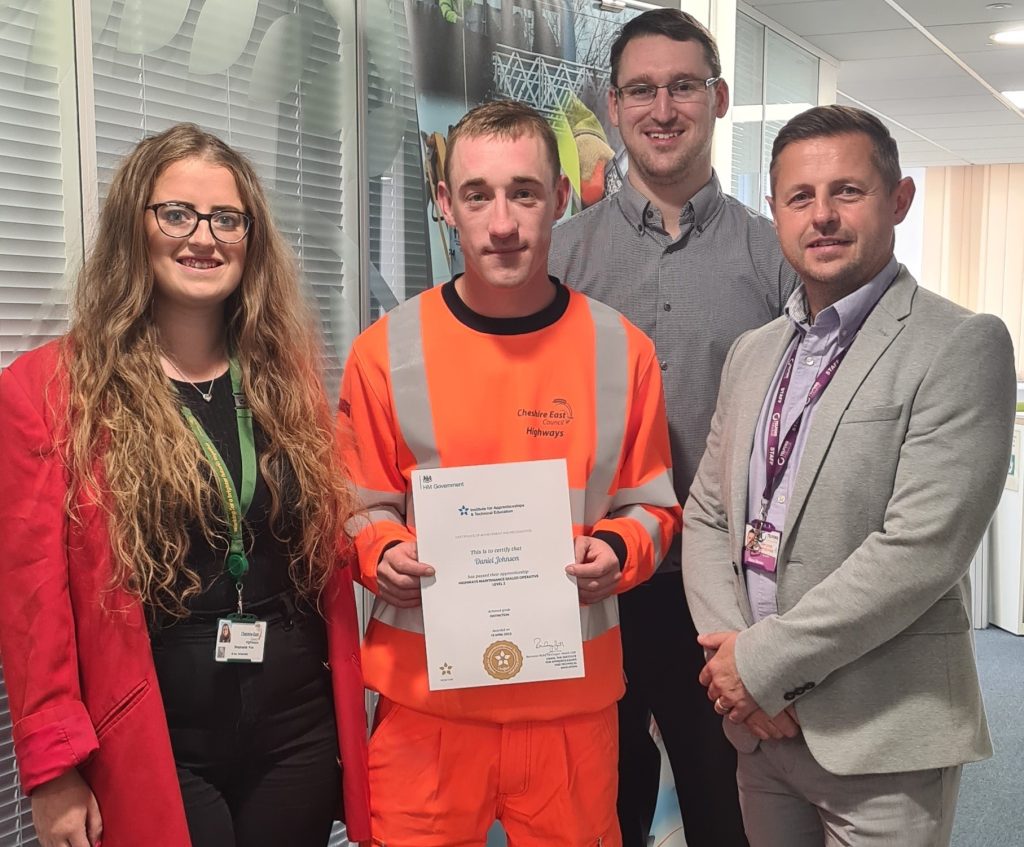 A highways apprentice who gained a distinction during his time at Telford College has won another top award. 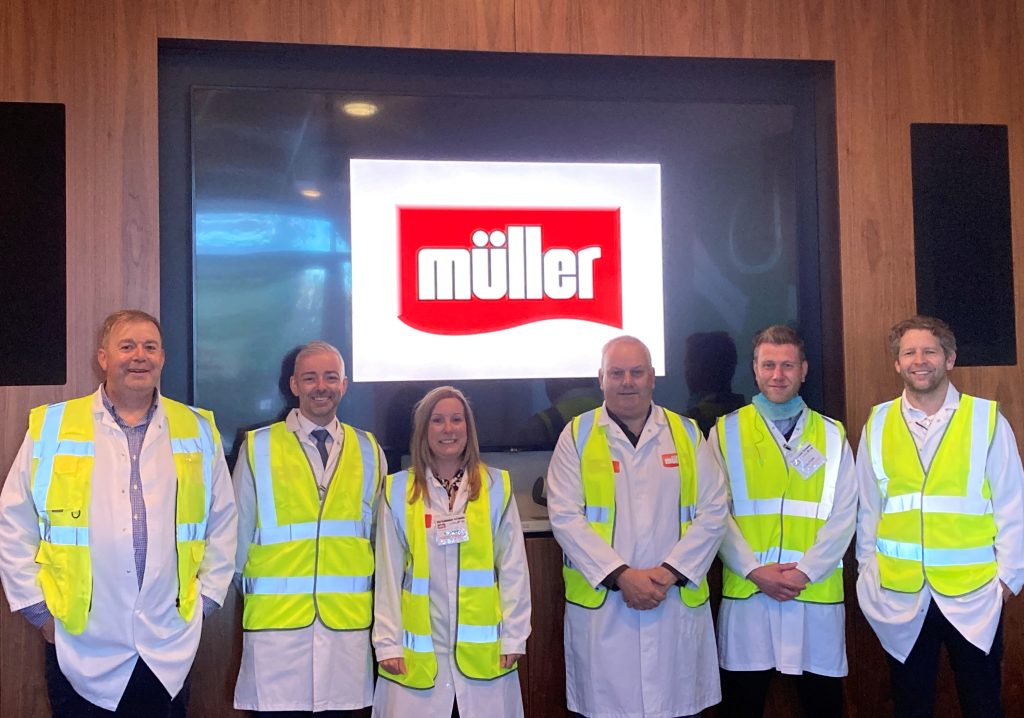 Members of Telford College’s engineering hub went on location to one of Shropshire’s biggest employers for their first meeting of the new academic year. Market Drayton yoghurt manufacturing Muller hosted the event, which included a tour of the company’s production facilities. Beckie Bosworth, head of employer engagement at Telford College, said: “The tour was fascinating, […]

Luke Courtnell and Charlie Watts are the latest Telford College apprentices to launch careers in the construction industry with civil engineering company McPhillips. The award-winning business – a former Shropshire Company of the Year – has run an apprenticeship programme since 1995, and has a long and successful partnership with the college. Luke and Charlie, […] Award-winning Telford company The Dodd Group is a role model in the construction industry – and a big champion of apprenticeships. The company, which now employs more than 900 people, says it is proud of its heritage, having remained a family-owned business since its formation in Shropshire 75 years ago. A former Shropshire Company of […] Telford College celebrated the achievements of star students at its end-of-year awards night. More than 60 students and apprentices were presented with certificates and gifts in recognition of their outstanding achievements or significant improvements during the current academic year. The college’s highest accolade, the Victor Ludorum trophy, went to creative media student Corey Clark, a […] Telford College has received an award recognising the ‘excellence’ of its apprenticeships team. It has been presented by renowned training organisation City & Guilds, a global leader in skills development and apprenticeship schemes, following an assessment of the college’s performance. In a letter to the college, central west region business manager Rebecca Villiers-Ginns said the award recognised […] Telford College will be showcasing its growing range of adult courses and apprenticeships at its open event on May 25. The Wellington campus will be open from 5pm to 7pm with information about everything from accounting and access to higher education, to health, hairdressing and a whole lot more. There are more than 20 different […] He’s had his name in the Guinness Book of Records, helped out on seven of TV’s DIY SOS projects plus various 60 Minute Makeover shows – and now Barry Mason has joined the team of expert tutors at Telford College. The 52-year-old, from Trench, is the newest construction lecturer at the college – and says […] Telford College’s new centre for battery energy storage training is proving hugely popular – with places on its courses continuing to sell out. Book your spot for our next Adult Open Event  Start a part time professional course in September Apply here The college is helping to upskill local electricians, technicians and engineers in an […]

From apprentice to tutor: Jade engineers a return to college Jade Richards has seen her Telford College journey go full circle – from A levels and an apprenticeship, to a new role as part of the team of engineering tutors. The former Charlton School student says she is loving the chance to pass on some of the skills she learned at the college to a […]